Something important is happening in our world that you are not going to read about in the newspapers. I consider it the most fascinating and hopeful development of our time, and it is one of the reasons I am so glad to be alive today. It has to do with what is occurring to the notion of the self.

The self is the metaphoric construct of identity and agency, the hypothetical piece of turf on which we construct our strategies for survival, the notion around which we focus our instincts for self-preservation, our needs for self-approval, and the boundaries of our self-interest. Something is shifting here.

The conventional notion of the self with which we have been raised and to which we have been conditioned by mainstream culture is being undermined. What Alan Watts called “the skin-encapsulated ego” and Gregory Bateson referred to as “the epistemological error of Occidental civilization’ is being unhinged, peeled off. It is being replaced by wider constructs of identity and self-interest – by what you might call the ecological self or the eco-self, co-extensive with other beings and the life of our planet. It is what I will call “the greening of the self.” 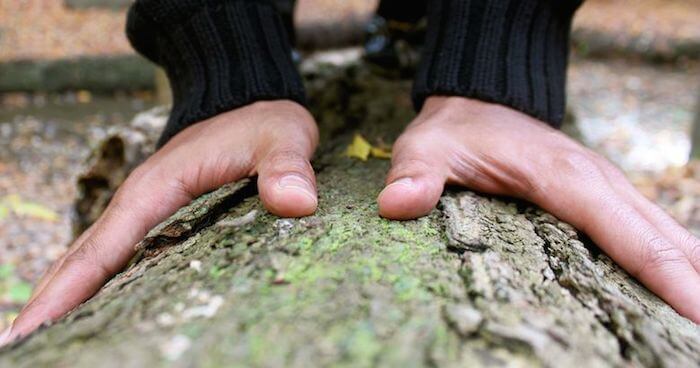 At a recent lecture on a college campus, I gave the students examples of activities which are currently being undertaken in defense of life on Earth-actions in which people risk their comfort and even their lives to protect other species. In the Chipko, or tree-hugging, movement in north India, for example, villagers fight the deforestation of their remaining woodlands. On the open seas, Greenpeace activists are intervening to protect marine mammals from slaughter. After that talk, I received a letter from a student I’ll call Michael. He wrote:

I think of the tree-huggers hugging my trunk, blocking the chainsaws with their bodies. I feel their fingers digging into my bark to stop the steel and let me breathe. I hear the bodhisattvas in their rubber boats as they put themselves between the harpoons and me, so I can escape to the depths of the sea. I give thanks for your life and mine, and for life itself. I give thanks for realizing that I too have the powers of the tree-huggers and the bodhisattvas.

What is striking about Michael’s words is the shift in identification. Michael is able to extend his sense of self to encompass the self of the tree and of the whale. Tree and whale are no longer removed, separate, disposable objects pertaining to a world “out there”; they are intrinsic to his own vitality. Through the power of his caring, his experience of self is expanded far beyond that skin-encapsulated ego. I quote Michael’s words not because they are unusual, but to the contrary, because they express a desire and a capacity that is being released from the prison-cell of old constructs of self This desire and capacity are arising in more and more people today as, out of deep concern for what is happening to our world, they begin to speak and act on its behalf.

Among those who are shedding these old constructs of self, like old skin or a confining shell, is John Seed, director of the Rainforest Information Center in Australia. One day we were walking through the rainforest in New South Wales, where he has his office, and I asked him, “You talk about the struggle against the lumbering interests and politicians to save the remaining rainforest in Australia. How do you deal with the despair?” 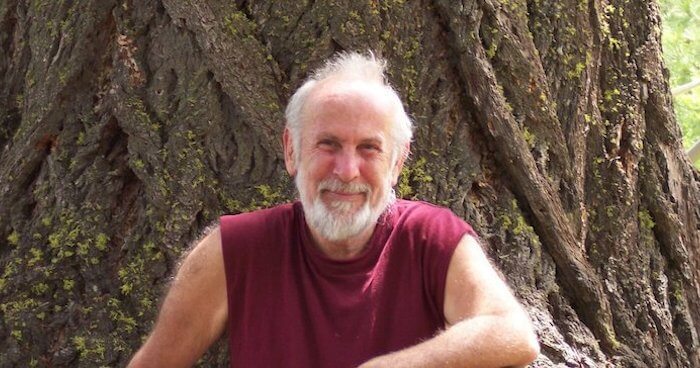 It is a shift that Seed himself calls “a spiritual change,” generating a sense of profound interconnectedness with all life.

This is hardly new to our species. In the past poets and mystics have been speaking and writing about these ideas, but not people on the barricades agitating for social change. Now the sense of an encompassing self, that deep identity with the wider reaches of life, is a motivation for action. It is a source of courage that helps us stand up to the powers that are still, through force of inertia, working for the destruction of our world. This expanded sense of self serves to empower effective action.

When you look at what is happening to our world-and it is hard to look at what’s happening to our water, our air, our trees, our fellow species – it becomes clear that unless you have some roots in a spiritual practice that holds life sacred and encourages joyful communion with all your fellow beings, facing the enormous challenges ahead becomes nearly impossible.

It is happening in the arising of the ecological self. And it is happening because of three converging developments. First, the conventional small self, or ego-self is being impinged upon by the psychological and spiritual effects we are suffering from facing the dangers of mass annihilation. The second thing working to dismantle the ego-self is a way of seeing that has arisen out of science itself. It is called the systems view, stemming from general systems theory or cybernetics. From this perspective, life is seen as dynamically composed of self-organizing systems, patterns that are sustained in and by their relationships. The third force is the resurgence in our time of nondualistic spiritualities. Here I am speaking from my own experience with Buddhism, but it is also happening in other faith systems and religions, such as “creation spirituality” in Christianity. These developments are impinging on the self in ways that are undermining it, or helping it to break out of its boundaries and old definitions. Instead of egoself, we witness the emergence of an eco-self. 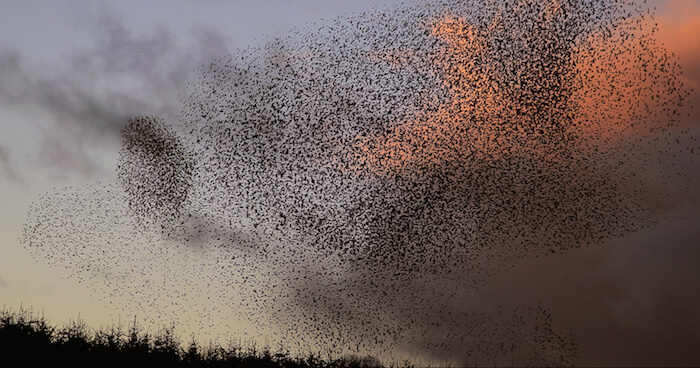 The move to a wider ecological sense of self is in large part a function of the dangers that are threatening to overwhelm us. Given nuclear proliferation and the progressive destruction of our biosphere, polls show that people today are aware that the world, as they know it, may come to an end. I am convinced that this loss of certainty that there will be a future is the pivotal psychological reality of our time. The fact that it is not talked about very much makes it all the more pivotal, because nothing is more preoccupying or energy-draining than that which we repress.

Why do I claim that this erodes the old sense of self? Because once we stop denying the crises of our time and let ourselves experience the depth of our own responses to the pain of our world whether it is the burning of the Amazon rainforest, the famines of Africa, or the homeless in our own cities the grief or anger or fear we experience cannot be reduced to concerns for our own individual skin.

We are capable of suffering with our world, and that is the true meaning of compassion. It enables us to recognize our profound interconnectedness with all beings. Don’t ever apologize for crying for the trees burning in the Amazon or over the waters polluted from mines in the Rockies. Don’t apologize for the sorrow, grief, and rage you feel. It is a measure of your humanity and your maturity. It is a measure of your open heart, and as your heart breaks open there will be room for the world to heal. That is what is happening as we see people honestly confronting the sorrows of our time. And it is an adaptive response. 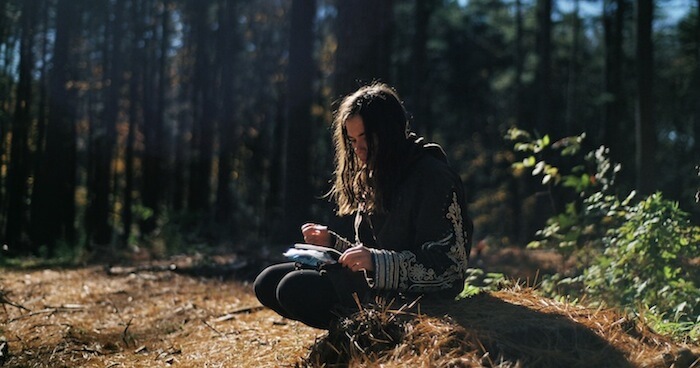 RECOGNIZING OUR PROFOUND INTERCONNECTEDNESS WITH ALL BEINGS

Defining our place in the order of things

The crisis that threatens our planet, whether seen from its military, ecological, or social aspect, derives from a dysfunctional and pathological notion of the self. It derives from a mistake about our place in the order of things. It is a delusion that the self is so separate and fragile that we must delineate and defend its boundaries, that it is so small and so needy that we must endlessly acquire and endlessly consume, and that it is so aloof that as individuals, corporations, nation-states, or species, we can be immune to what we do to other beings.

This view of human nature is not new, of course. Many have felt the imperative to extend self-interest to embrace the whole. What is notable in our situation is that this extension of identity can come not through an effort to be noble or good or altruistic, but simply to be present and own our pain.

The self is a metaphor. We can decide to limit it to our skin, our person, our family, our organization, or our species. We can select its boundaries in objective reality. As the systems theorists see it, our consciousness illuminates a small arc in the wider currents and loops of knowing that interconnect us. It is just as plausible to conceive of mind as coexistent with these larger circuits, the entire “pattern that connects” as Bateson said.

Do not think that to broaden the construct of self this way involves an eclipse of one’s distinctiveness. Do not think that you will lose your identity like a drop in the ocean merging into the oneness of Brahma. From the systems perspective this interaction, creating larger wholes and patterns, allows for and even requires diversity. You become more yourself. Integration and differentiation go hand in hand. 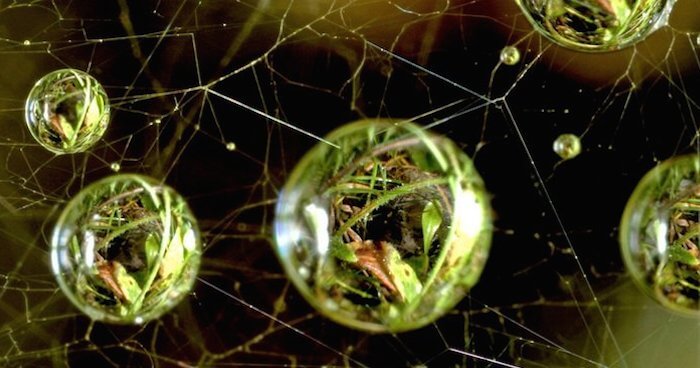 Dismantling the ego-self, creating the eco-self

The third factor that is aiding in the dismantling of the ego-self and the creation of the eco-self is the resurgence of nondualistic spiritualities. Buddhism is distinctive in the clarity and sophistication with which it deals with the constructs and the dynamics of self. In much the same way as systems theory does, Buddhism undermines categorical distinctions between self and other and belies the concept of a continuous, self-existent entity. It then goes farther than systems theory in showing the pathogenic character of any reifications of the self. It goes farther still in offering methods for transcending these difficulties and healing this suffering. What the Buddha woke up to under the Bodhi tree was the paticca samuppada, the dependent co-arising of phenomena, in which you cannot isolate a separate, continuous self.

We think, “What do we do with the self, this clamorous ‘l’ always wanting attention, always wanting its goodies? Do we crucify it, sacrifice it, mortify it, punish it, or do we make it noble?” Upon awaking we realize, ‘Oh, it just isn’t there.’ It’sa convention, just a convenient convention. When you take it too seriously, when you suppose that it is something enduring which you have to defend and promote, it becomes the foundation of delusion, the motive behind our attachments and our aversions.

For a beautiful illustration of a deviation-amplifying feedback loop, consider Yama holding the wheel of life. There are the domains, the various realms of beings, and at the center of that wheel of suffering are three figures: the snake, the rooster and the pig-delusion, greed and aversion-and they just chase each other around and around. The linchpin is the notion of our self, the notion that we ha veto protect that self or punish it or do something with it.

One of the things I like best about the green self, the ecological self that is arising in our time, is that it is making moral exhortation irrelevant Sermonizing is both boring and ineffective. This is pointed out by Ame Naess, the Norwegian philosopher who coined the phrase deep ecology. This great systems view of the world helps us recognize our imbeddedness in nature, overcomes our alienation from the rest of creation, and changes the way we can experience our self through an ever-widening process of identification.

WORDS BY JOANNA MACY
An excerpt from World as Lover, World as Self (1991)